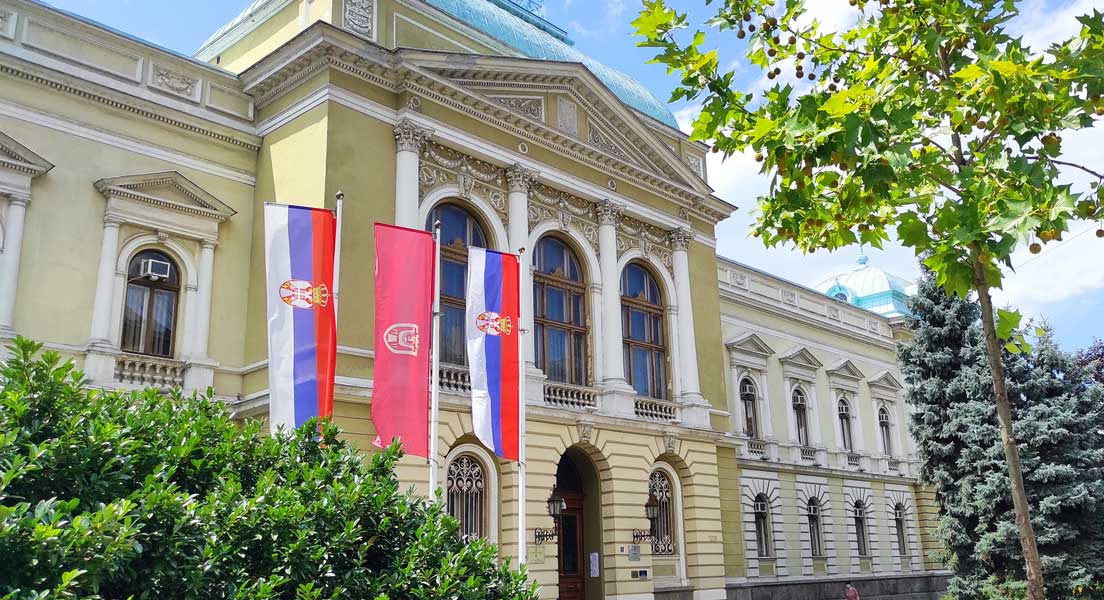 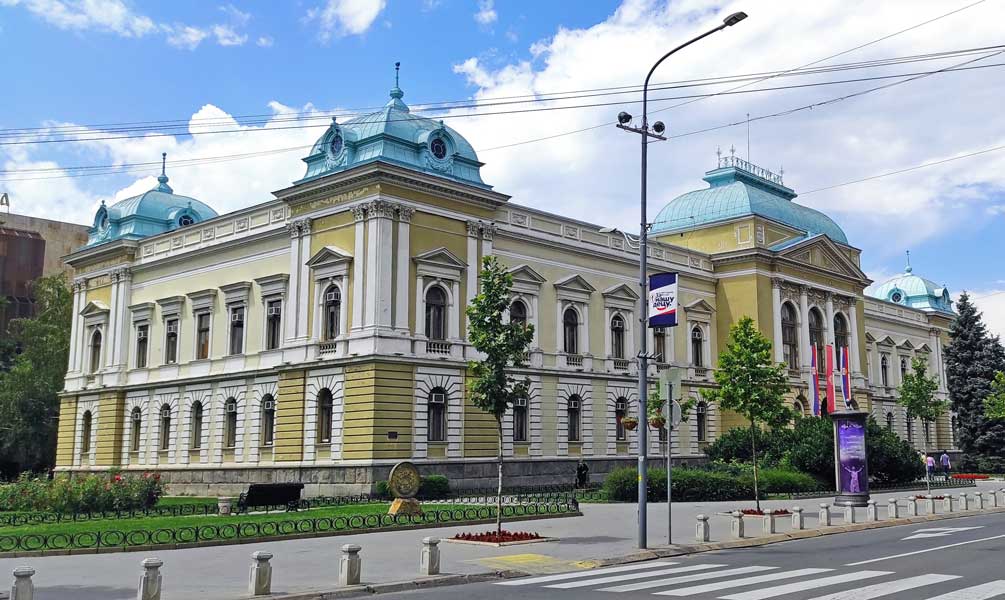 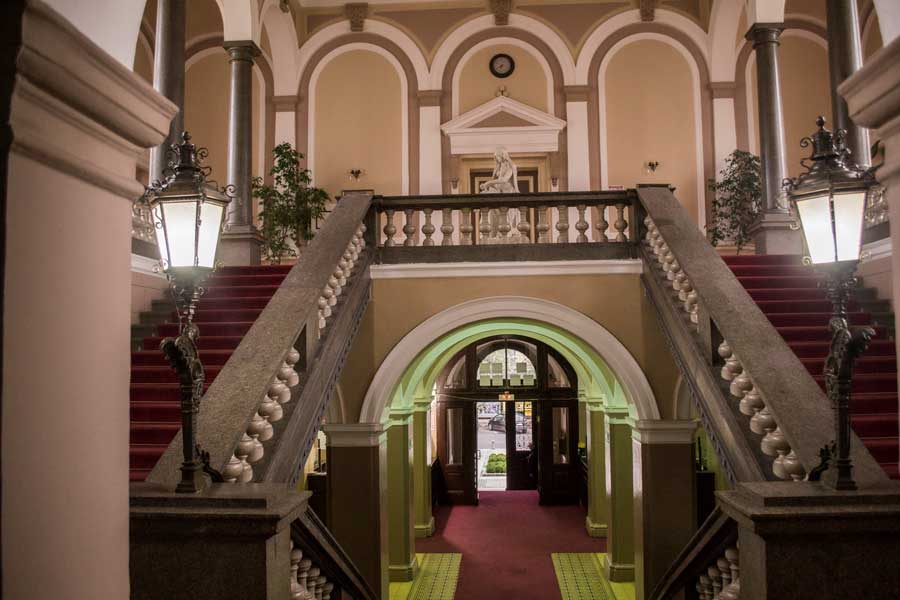 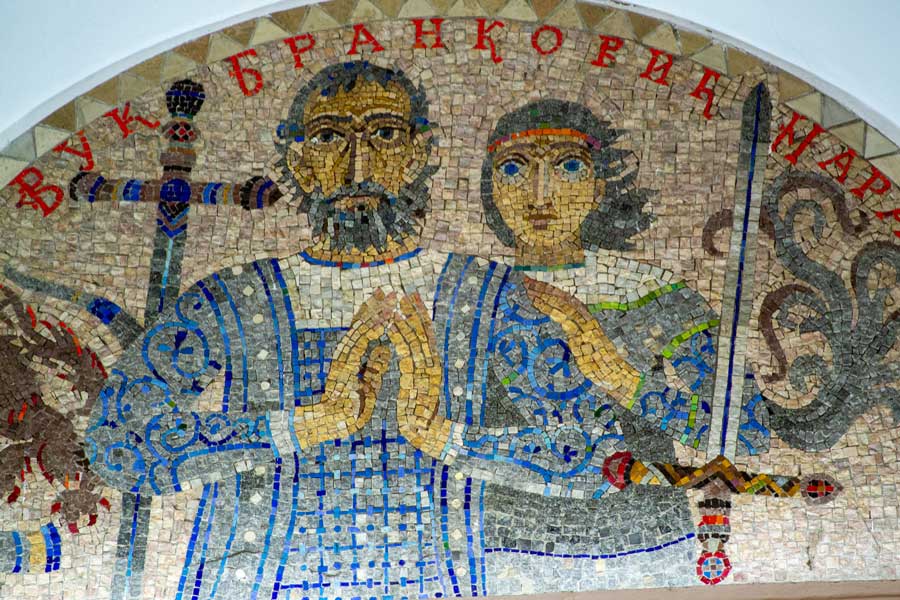 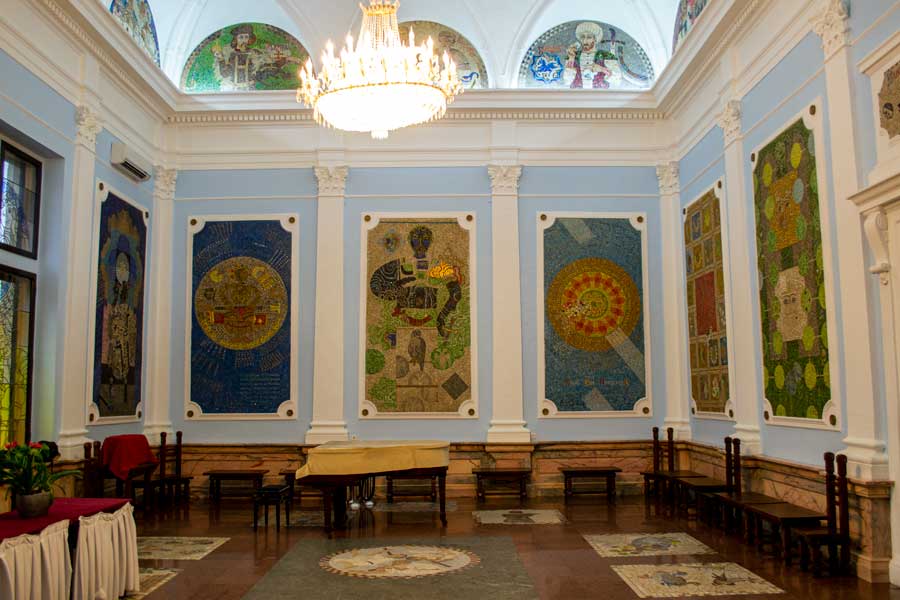 Mosaic Hall stands out with its beauty in magnificant interior of the City Hall. As a central room, located at the mezzanine of the City Hall, the Mosaic Hall is a unique decorative unit in contemporary Serbian art dedicated to Moravian Serbia. Mosaics cycle, called “In Glory of Krusevac”, by author Mladen Srbinovic, was developed in three stages.

In conceptual design, inspired by historical facts, epic poetry, mythology, and folklore heritage, Srbinovic reached for elements of Serbian medieval painting of Moravian epoch, lead by its magnificence, emphasised decorativeness, and unique spirituality interpreting them to a language of contemporary art symbols. Wall mosaics, revealed in 1971 on the occasion of celebration of six centuries of Krusevac, contain in their central parts from the southern i.e. northern side, figures of Prince Lazar and Despot Stefan, whilst the remaining ten compositions, with carefully chosen motives, depicture significant segments of political, cultural, and artistic life of Moravian Serbia and Krusevac as its important centre. Floor mosaics, placed in 1986, thematically develop the context of wall compositions. Along with pictures that testify to richness of material and spiritual culture of Serbia in the late middle ages, they represent geometrical and zoomorphic motives of universal conceptual and aesthetic meaning, as well as decorative elements typical for Morava Architecture School. The total 16 compositions, revealed on the 600 anniversary of Kosovo battle in 1989, depicture a gallery of historical and epic characters busts, starting with the founder of Nemanjic dynasty and Serbian medieval state, Stefan Nemanjic, to the last ruler of Serbia before the Ottoman conquest, Despot Djuradj Brankovic, along with characters that had political influence on the destiny of events in Serbian state of those times, the Hungarian king, Sigismund of Luxemburg, and Ottoman sultans Murat and Bayezid. Vitrages on windows, done after Srbinovic sketches, are the part of unique iconographic and art program. Decorative plinths and shallow wall pilasters where placed after Srbinovic conceptual design. Predrag Vertovsek was the designer of furniture inspired by the shapes of church items.

On the upper floor of the City Hall, in front of the conference hall, a sculpture “A girl from Herzegovina Weaving a Wreath“is placed, a work of famous Croat sculptor Ivan Rendic (1849-1932). Marble sculpture is replica of the same work done in 1885 for the tomb of Stevan Ivankovic, a famous merchant from Trieste.

Known as “The Maid of Kosovo" it was done in manner of the academic Realism and belongs to the early stage of Rendic artistic work.

The bust of the greatest Yugoslavian poet, Petar II Petrovic Njegos, placed on the plateau on southern part of the City Hall, was uncovered on July 2, 1971. Wife of the author, Sreten Stojanovic-academic sculptor from Belgrade (1898-1960), presented this gift to Krusevac on the occasion of its jubilee. During the unveiling of the bust, Krusevac organized a great meeting of poetry with the most famous poets and scientists from Belgrade and Montenegro. The artist used bihacit - a special soft stone of porous structure for the bust sculpting. Due to decay risk the original was replaced with bronze cast. 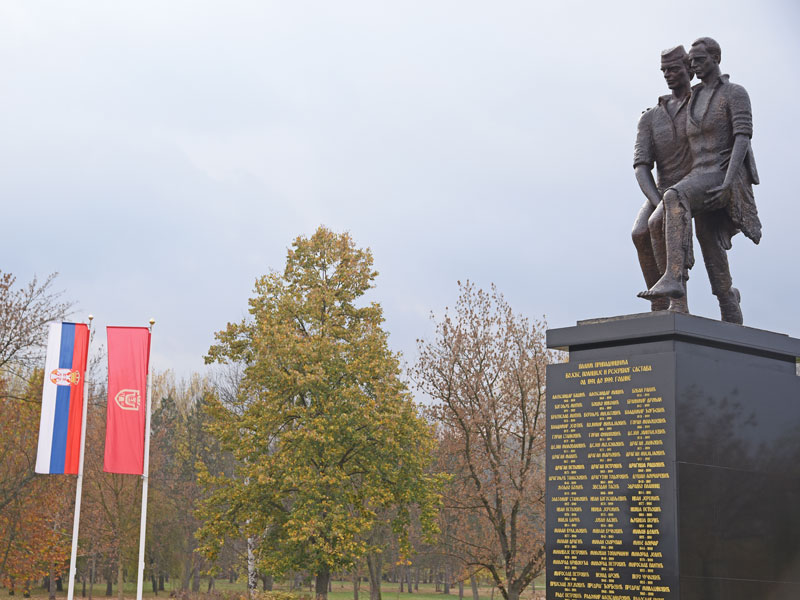 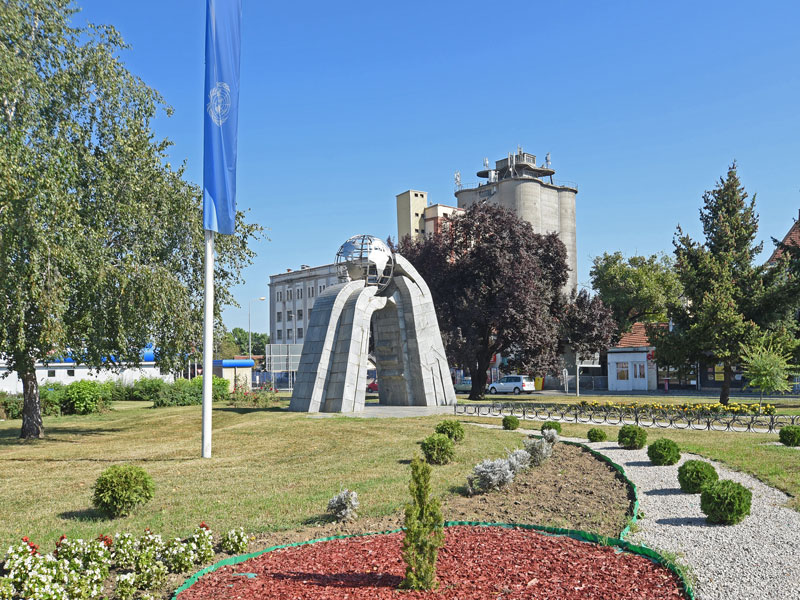 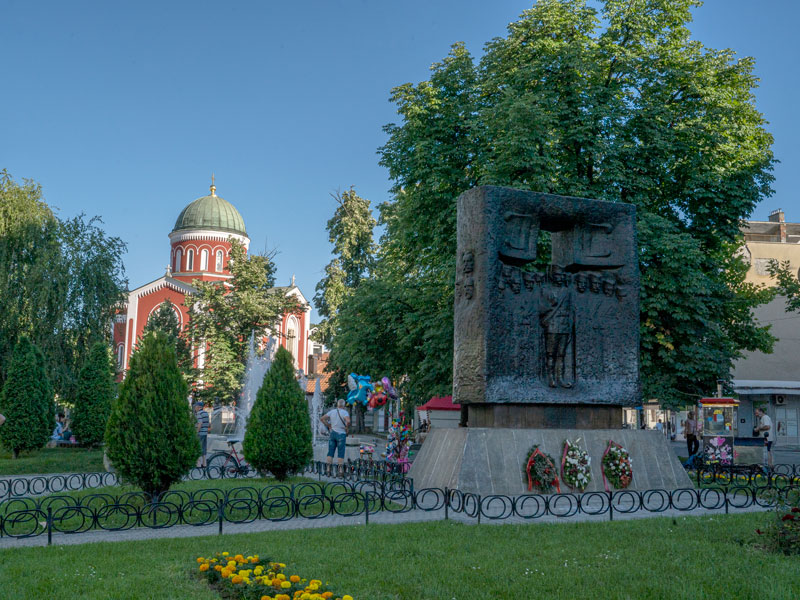 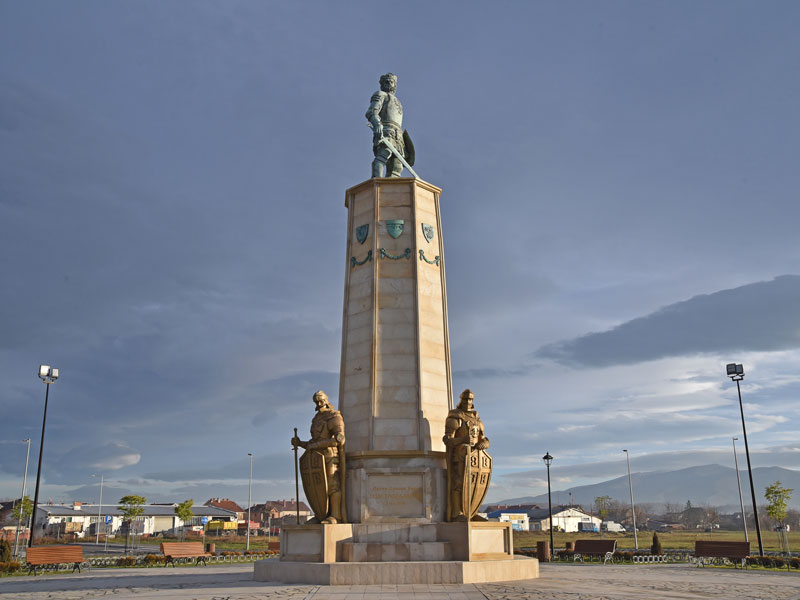 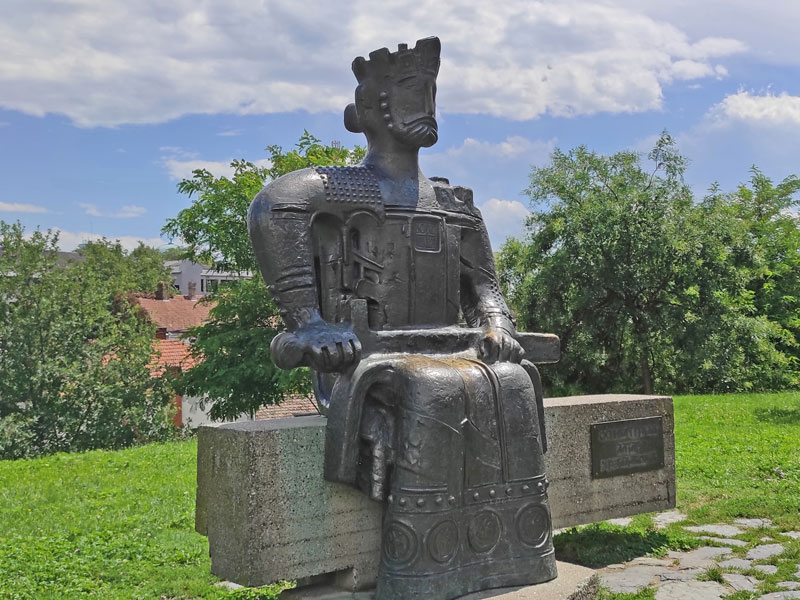 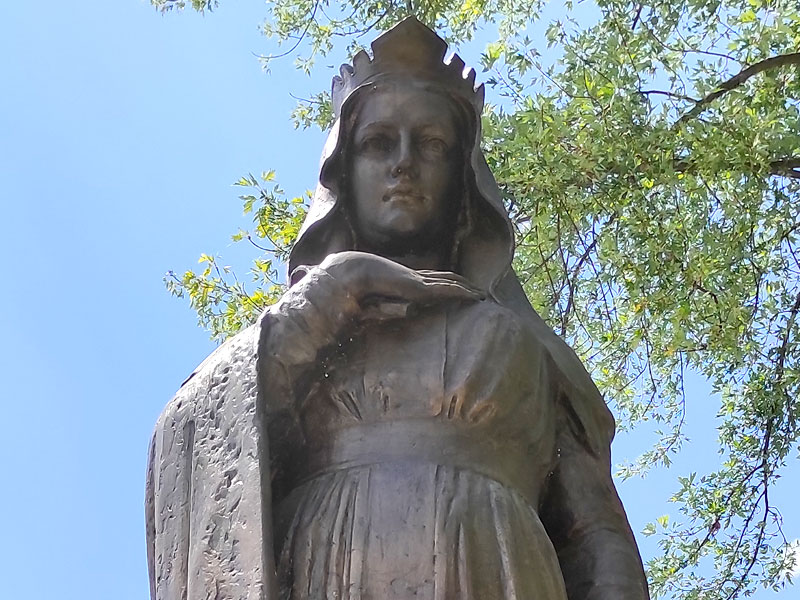 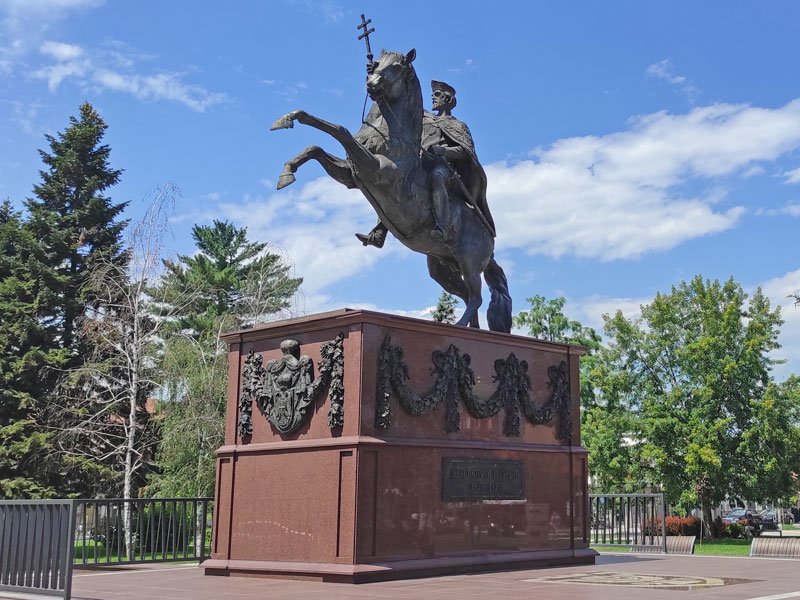 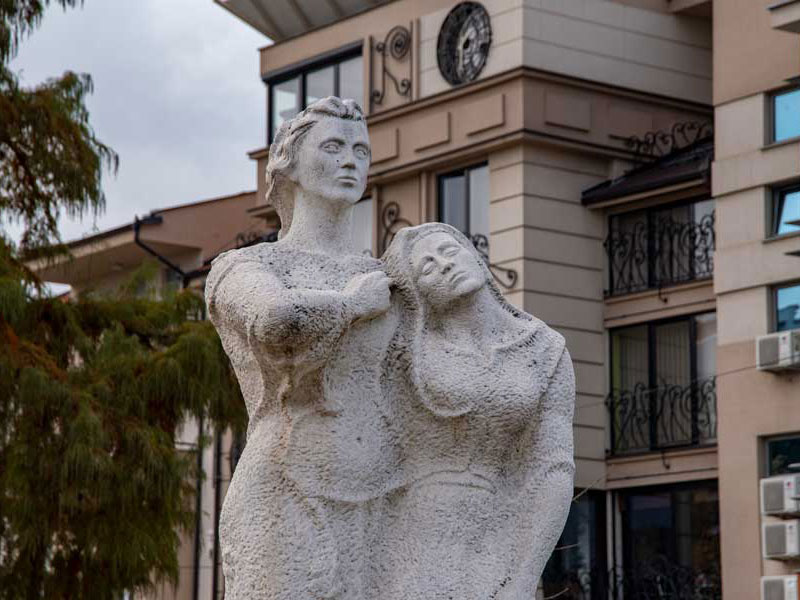 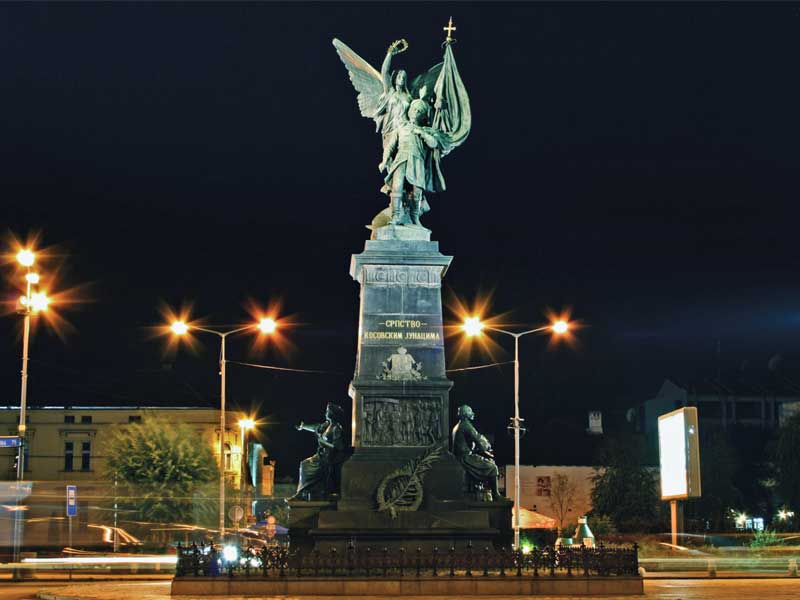