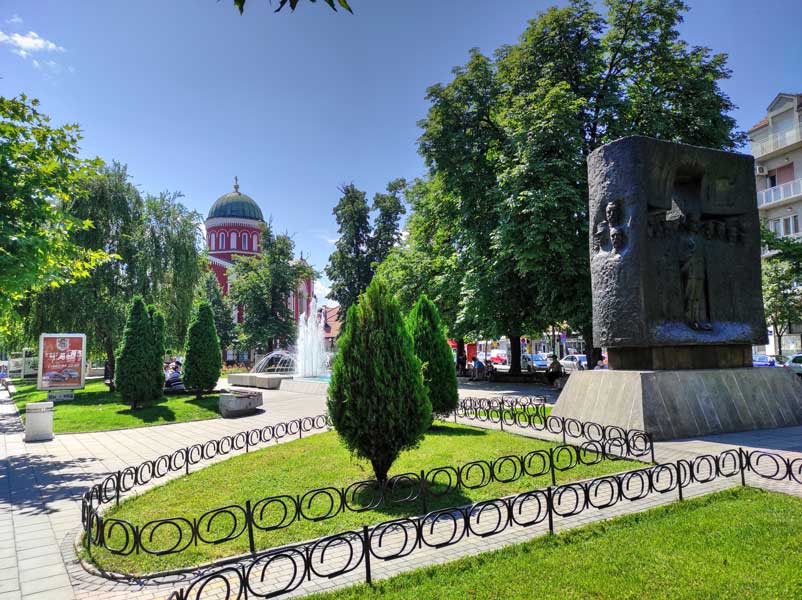 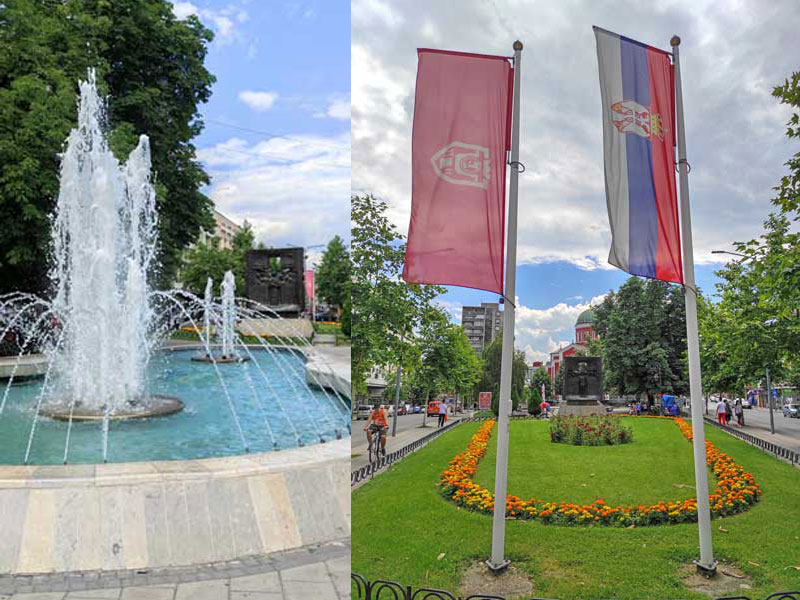 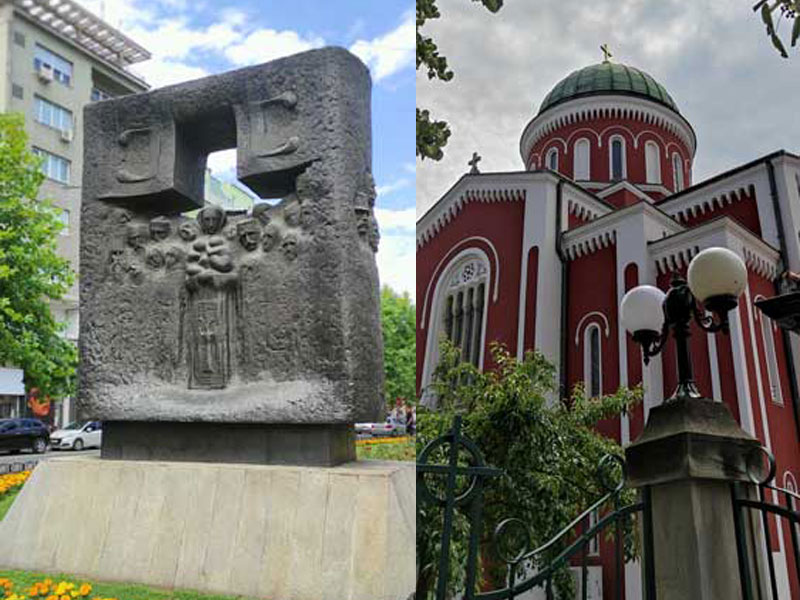 The place of today’s square once served as a green market where people traded with grains and fruits until 1960s when a small fountain was built. The attractive fountain was modernized with extensions and marble lining and stone benches alongside. Today, the Fountain is one of the favourite places for relaxation of Krusevac citizens who enjoy the freshness of water during the hot summer days.

Monument to warriors and Krusevac people killed in liberation wars for Serbia from 1912 to 1918 was placed at the Fountain Square on Vidovdan 1993. The cornerstone was placed on December 1, 1988 at the 70 anniversary of the breakthrough of Salonica Front (Thessaloniki). Dragan Dimitrijevic, an academic sculptor from Belgrade, was the author of the monumental work casted in bronze. It was conceptualized in a form of a single squared shape, with motives of known and unknown soldiers and army leaders. The monument is a testimony which refers to a significant time and important figures of Serbian history of early 20th century.

St. George Church was built in place of an old and modest church from 1838. The project, done in Serbo -Byzantine style, was a design of the architect Dusan Zivanovic. Polychromic solution of facades was accomplished by reflecting the images of Morava Architecture School. The fundamental architectural characteristics are: free cross with five domes and the main one dominating over the centre of a church, while the remaining four are visible only from the inside since they are placed beneath the roof. Naos is large, while the narthex is noticeably small and it is being used for candles selling. 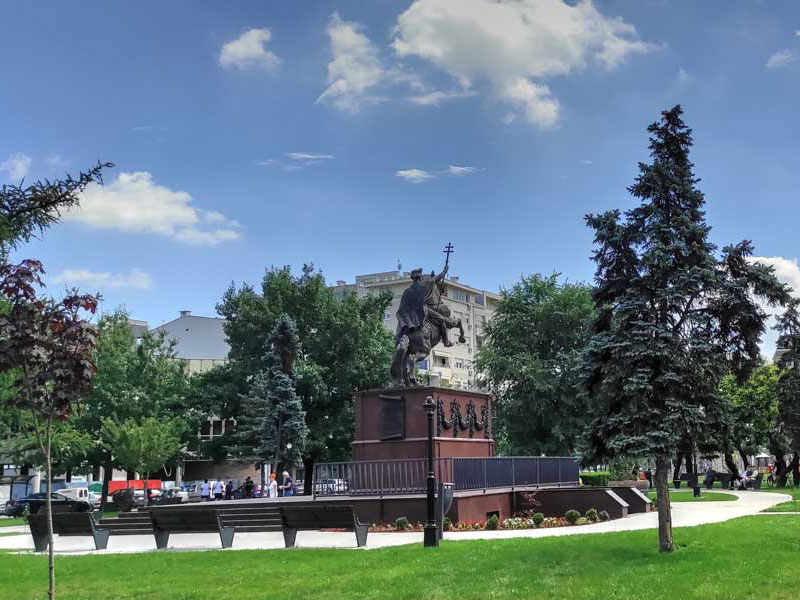 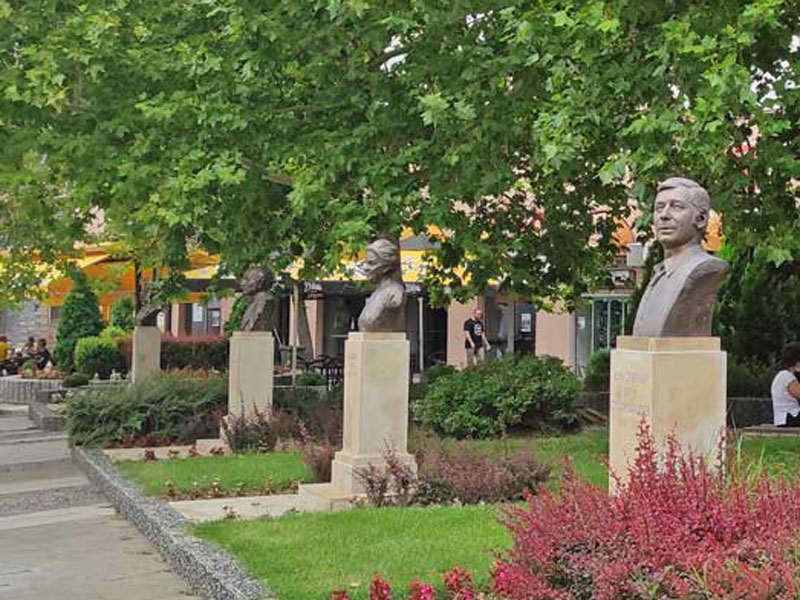